Whilst I’ve been away The Real World +200 Starfighter Contest became a thing. The premise is to build a minifig scale starfighter type space vehicle as it might appear 200 years hence in the year 2217. What this translates into is that the models can’t be complete flights of fancy, they’re going to need to feel grounded in something vaguely plausible. So heat shields and RCS thrusters are in; warp drives and deflector shields are out. Here’s an opening gambit by Alessandro.

There’s no visible cockpit, because of course in this “real world” future space is vast and a simple window pretty pointless for identifying your targets at ranges that must be thousands of kilometers. It’s also bristling with RCS thrusters and according to the schematic below is armed with a rail gun and lasers; both plausible near-future weapons. 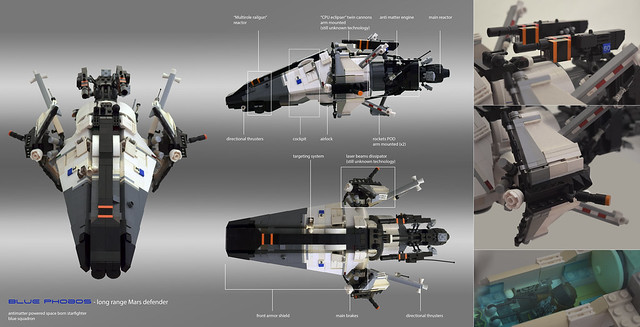