It’s a first of its kind post today but with good reason. After a few weeks of teasing, LEGO yesterday announced the new Ideas 21309 NASA Apollo Saturn V set. 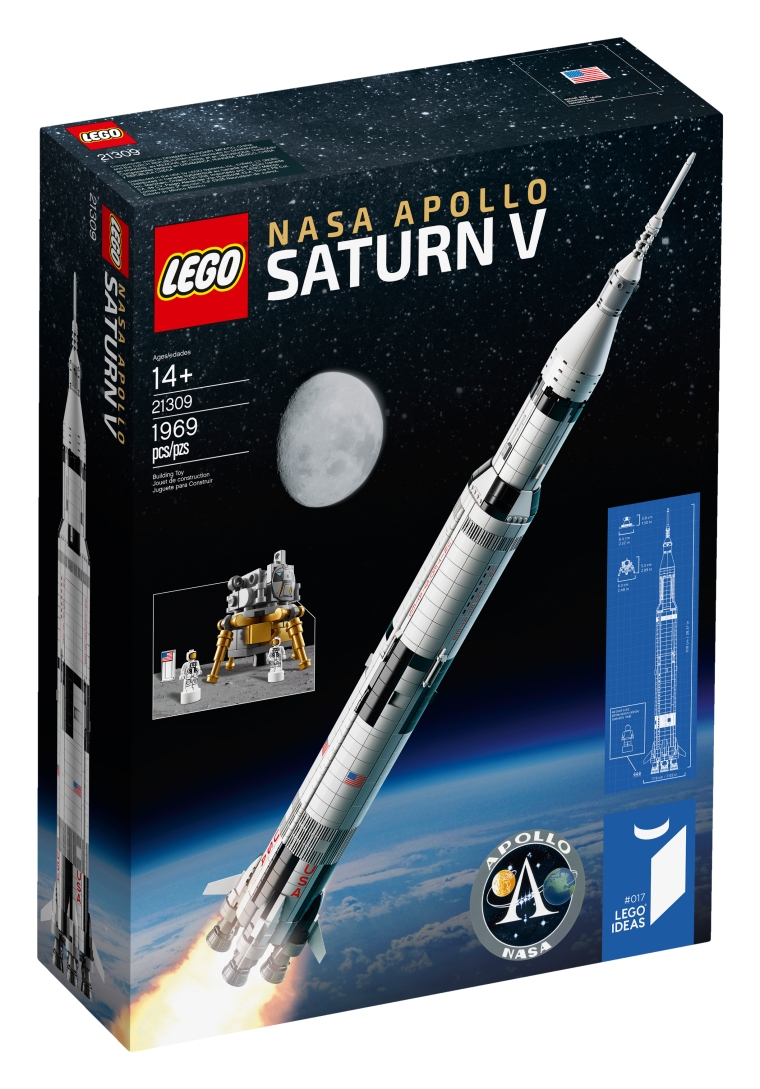 This is awesome for three very good reasons:

Standing a toddler-surpassing full meter in height and containing 1969 pieces (bizarrely also the year man first landed on the moon); this epic model truly does justice to this iconic vehicle. I’m literally gobsmacked at how a good a job LEGO have done with this set which doesn’t seem to compromise at all on the original ideas submission and is everything we hoped it would be and more. It retails for USD 119.99 / EURO 119.99 / GBP 109.99 which is a bit of bargain for so many pieces.

It’s released on 1st June and I look forward to pressing its plasticy parts together with a fervour bordering on the insane.