If I’m building a LEGO spaceship I generally think “is this going to be minifig scale or microscale” and get on with it; but Tim Goddard isn’t constrained by such rigid concepts: he’s built his Tigress Zero Gee racer at an even bigger scale entirely of his own invention!

Meet Octana, the pilot; entirely brick built and standing (I reckon) about 22 studs tall, making her about 4 1/2 times the height of a minifig. I say “her” because she’s got a certain feminine poise. Working at this scale Tim has been able to include a wealth of detail to the figure and her craft that couldn’t be done at minifig scale. 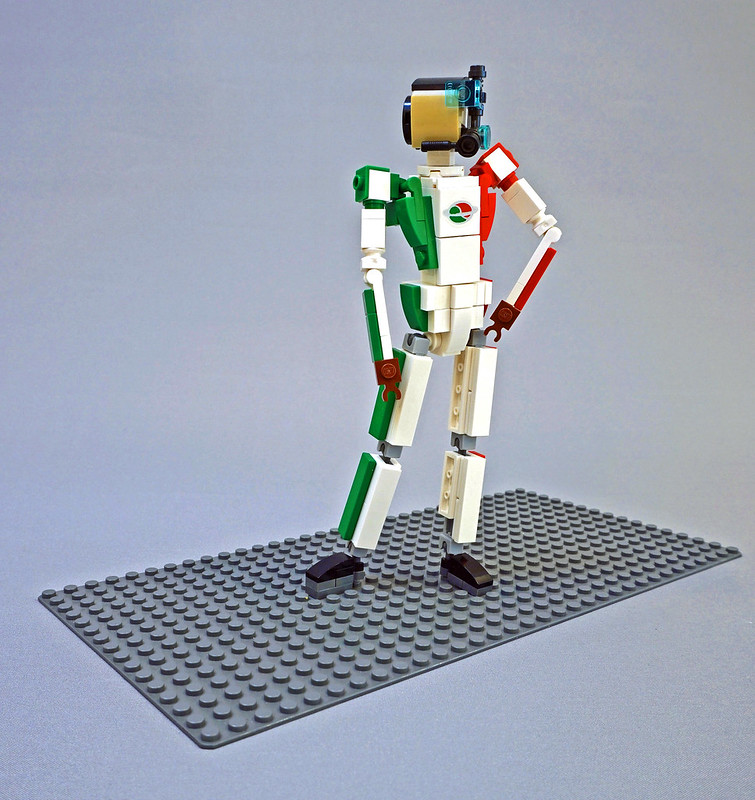 Witness the cockpit, which gives us all sorts of greebley displays, a steering yoke and a nice padded headrest for Octana to rest her head. In case you’re still confused, the windscreen of this thing is this gigantic panel piece that stands a full nine bricks high. I reckon the whole spaceship is about 60 studs long! 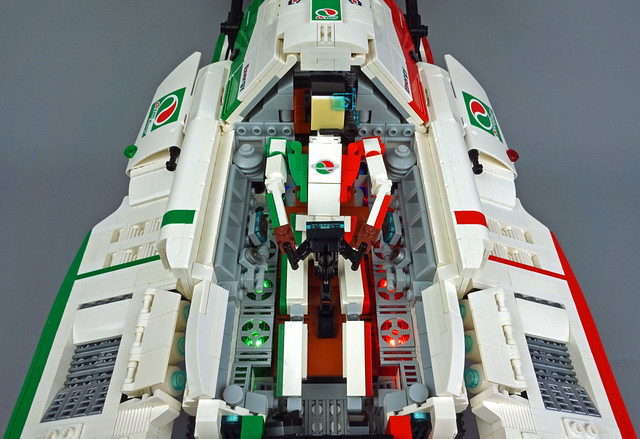 It’s a pretty awesome spaceship too, and of course Tim scores extra points for kitting the whole thing out with the colours and logo of Octan, everyone’s favourite fictitious fuel corporation and makers of voting machines etc.