The 80’s TV series Ulysses 31 proper put the willies into me as a kid. It’s the bit in the intro where the computer says “The way back to Earth has been wiped from my memory…” utterly impassively; despite it dooming Ulysses to travel endlessly through space. Shiver. Whether thoughts like this went through the mind of GolPlaysWithLego when he built this LEGO spaceship however I can’t say.

This actually isn’t the Odysseus from Ulysses 31 of course, because whilst it copies the overall shape the model is actually mini-fig scale and seats a little pilot in the middle bit; like a TIE fighter. Nonetheless, by using many pieces with small details around those central struts he’s given the model a great sense of scale and captured the overall shape really well. 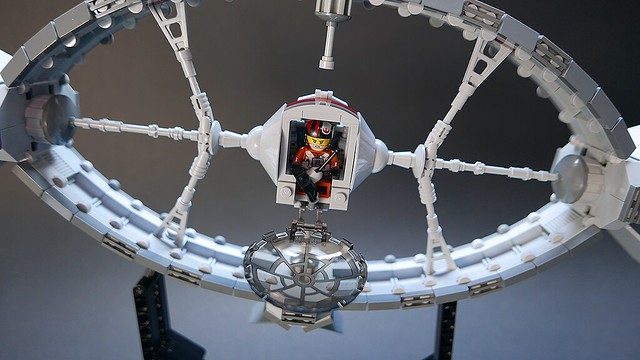 I was also really impressed with the custom made stand; which allows the model to be displayed at an angle; which really helps to emphasise the otherworldly nature of the design seemingly floating in space. 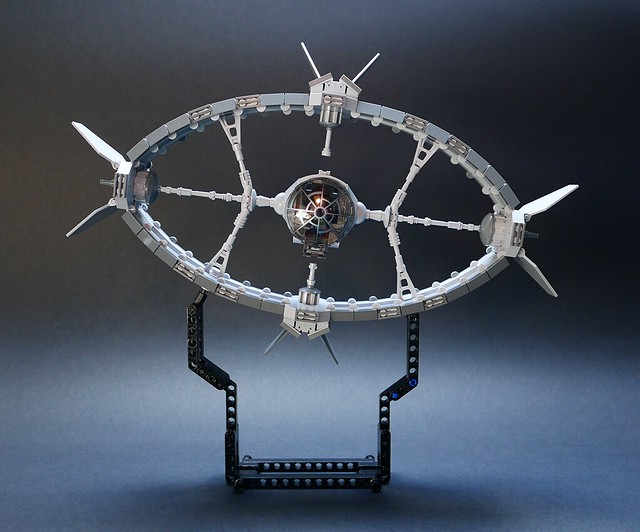