It’s 2017 already and still no jetpacks. At least .Tromas. has built one out of LEGO. Kinda. 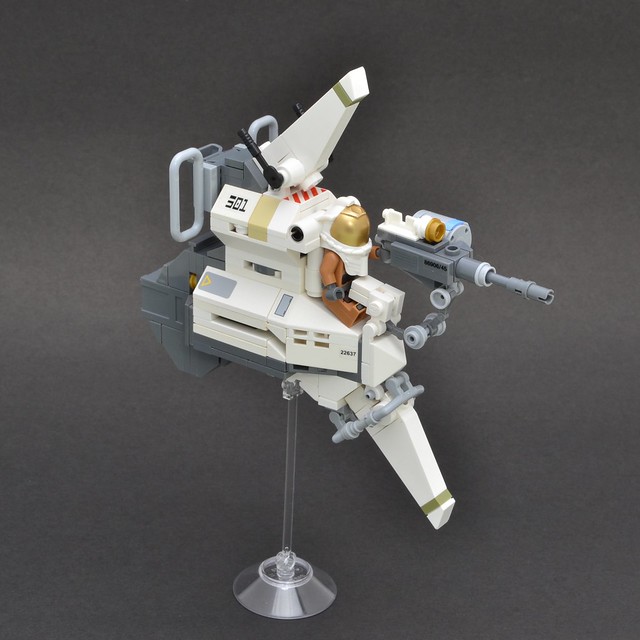 It’s not really a jetpack, in fact it’s a kind of spaceship I’ve not seen before; based on some concept art by Prog Wang. It seems to surround a spacesuited pilot entirely, but still let him manually point a big gun and flap his arms and legs about (presumably when he shoots something exciting). 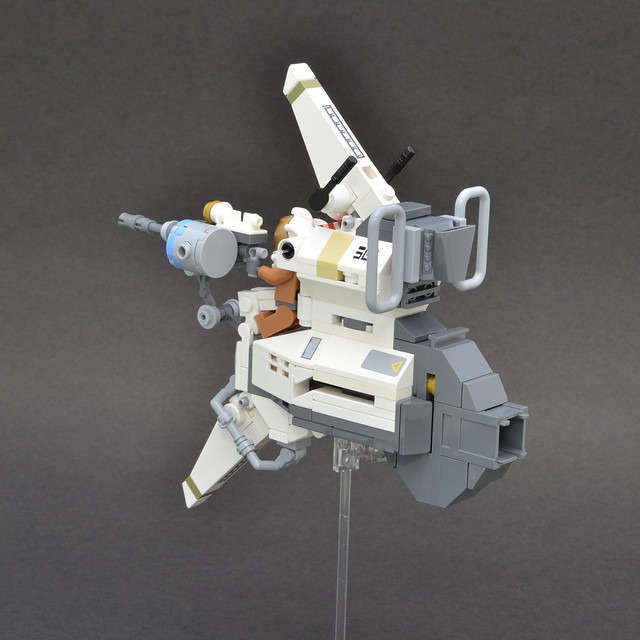 Tromas’ model is excellent, channeling the spirit of the concept artwork in blocky minifig scale and adding some awesome details. I particularly like the subtle and sparing use of colours to break up the white – the tan slope, those olive green 1×1 plates and a light blue 2×2 round plate; as well as some well-chosen stickers.