I don’t normally do this, but I’m going to go ahead and blog a WIP because it’s just so damn amazing. It’s SHIPtember and Ryan Olsen is building the Agamemnon from Babylon 5. 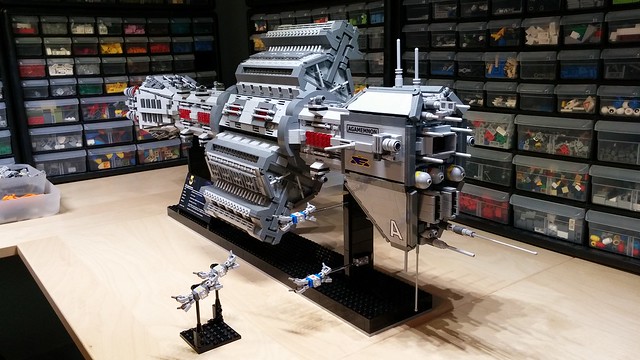 It’s been jaw dropping watching this thing come together over the last few weeks from his initial plans, to some rudimentary bits and a meaty but uninspiring central core and then before you know it BOOM it’s a spaceship! He’s done this in 19 days so far – it takes me MONTHS to build something even a fraction of this size. 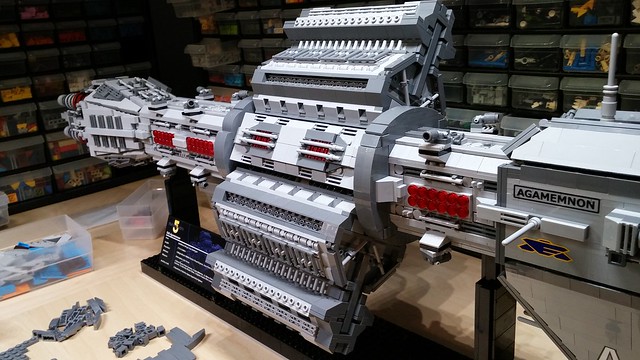 That aside it’s already a great model, faithful to the original, capturing the overall essence of the design but working really nicely in the LEGO medium. The detailing on the centrifuge is outstanding and I love the engine section with its careful use of colours to give a more industrial feel. 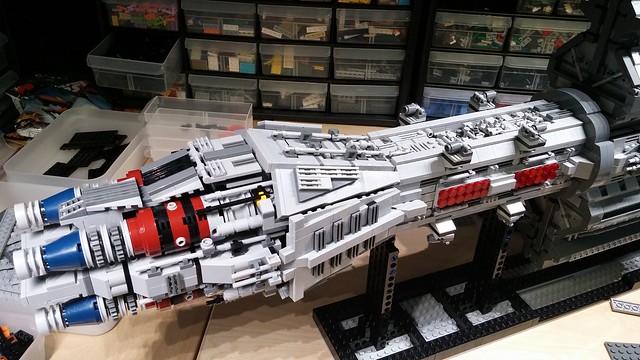 It’s a WIP so it would only make sense to constructively criticise a little: I don’t get the rows of trans red 1×1 round tiles on the sides. What are they supposed to represent? It doesn’t seem to fit the overall ethos that they’d be lighty-up bits. Also he’s GOT to motorise the centrifuge – don’t tell me there’s no room for a Power Functions motor in there somewhere! 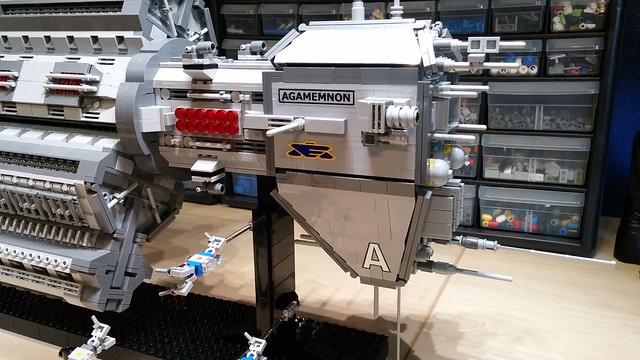 But I’m nitpicking because he’s got custom stickers! And teeny tiny Starfuries! And I reckon you could swoosh it too! And it’s not even September yet! ARRGGHHH it’s so AWESOME!