When the Americans got to the moon in 1969 the Russians quietly shelved their plans for a lunar landing. Those plans were never nearly as concrete as the Americans, and were hindered by the fact their massive N-1 rocket blew up on take off consistently six times in a row. But they had already developed their lunar landing craft the LK which would have allowed a single cosmonaut to ride down the lunar surface, and which has been modelled here by Tyler. 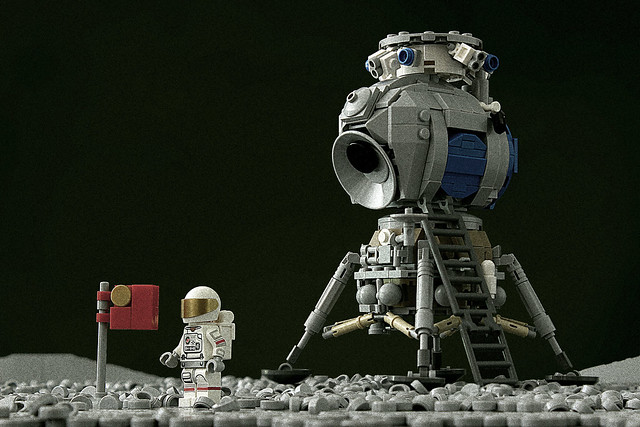 The LK is shockingly primitive compared to the American’s LM. The real thing (which was kept secretly mothballed until after the end of the cold war) looks like the product of an alternate universe, almost Victorian in its simplicity. Rumour has it Alexey Leonov would have made the first landing, and we can only imagine how terrifying it would have been.