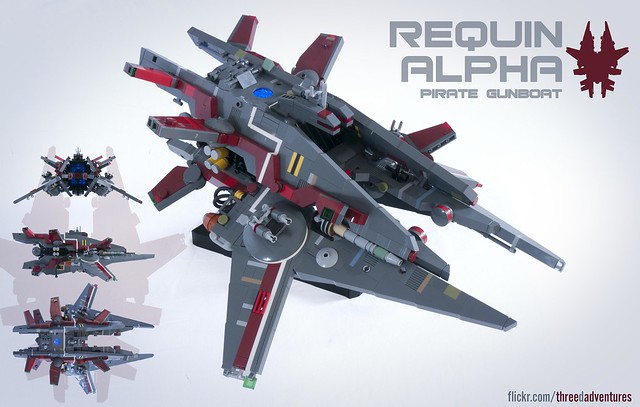 Having built the Classic Space Carrier some months earlier, I set out to build a Blacktron themed microscale ship loosely based on 6894 Invader, and somehow wandered into making a pirate gunboat in dark bley and dark red! However I was really pleased with how it turned out: I crammed in tons of great details, got some neat angles in with the main wings emerging pretty seamlessly from the sides, did this awesome white stripe that runs across the whole thing and did I mention it lights up? 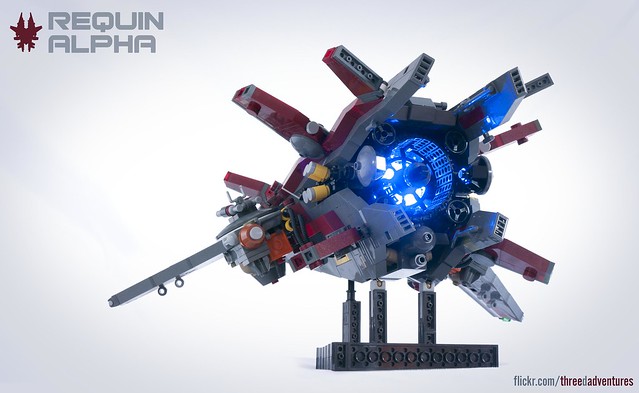 One thing I did learn was to work out how the stand will connect with the model early on. If you look above you’ll see I eventually had to use two minifig microphones sat in mixel ball sockets to join it to the stand. This is partly because when working in LDD a stand is a bit irrelevant and only when you switch to actual bricks does it become necessary! 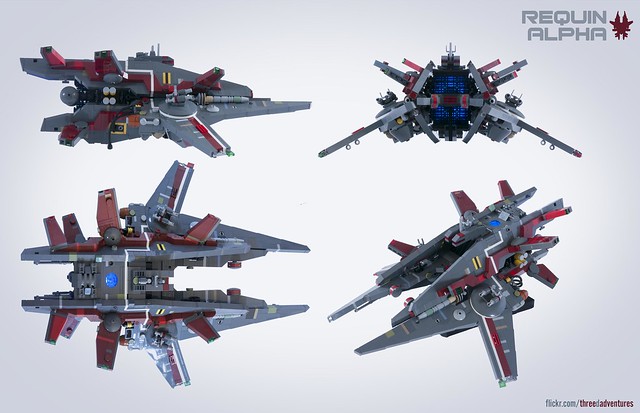 Take a look a the Flickr album for more pictures.