LEGO have produced space shuttle sets on several occasions, most recently in 60080 Spaceport. Generally they give you a little launch tower or in this case the crawler transporter so you can play take-off scenarios and make rocket noises; but it’s always a pretty insubstantial thing and very much out of scale with the shuttle. 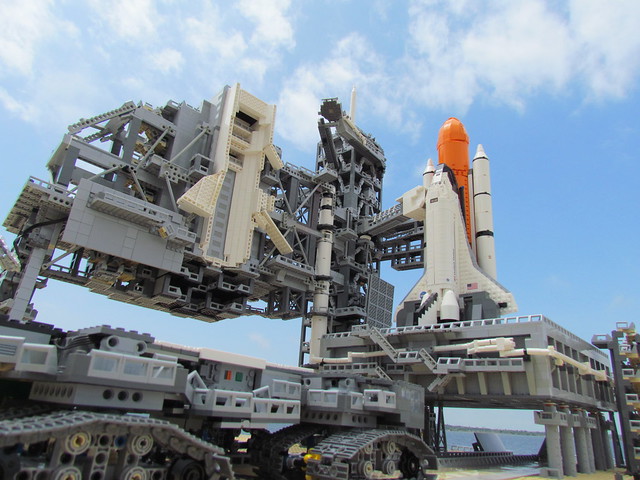 All of which makes this MOC by Lia Chan all the more incredible. Not only has the builder made a really fantastic model of the shuttle stack (with the orbiter scaled properly against the fuel tank and boosters); but she’s also constructed the crawler transporter, MLP, launch tower and the huge rotating structure used to service the shuttle on the pad. 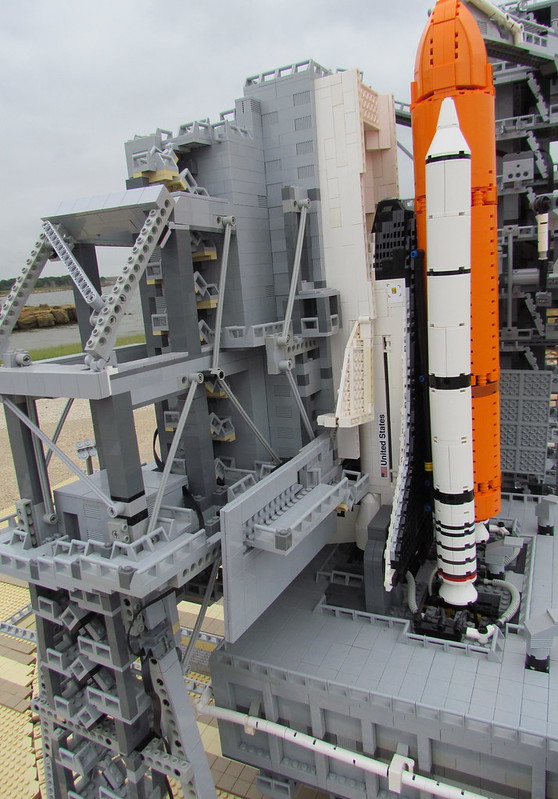 All this literally dwarfs the shuttle and makes it a truly impressive build. But the fun doesn’t stop there as she’s ALSO modified the whole thing to represent the configuration that will be used to launch the Space Launch System on its further manned missions (if and when this ever actually happens!). 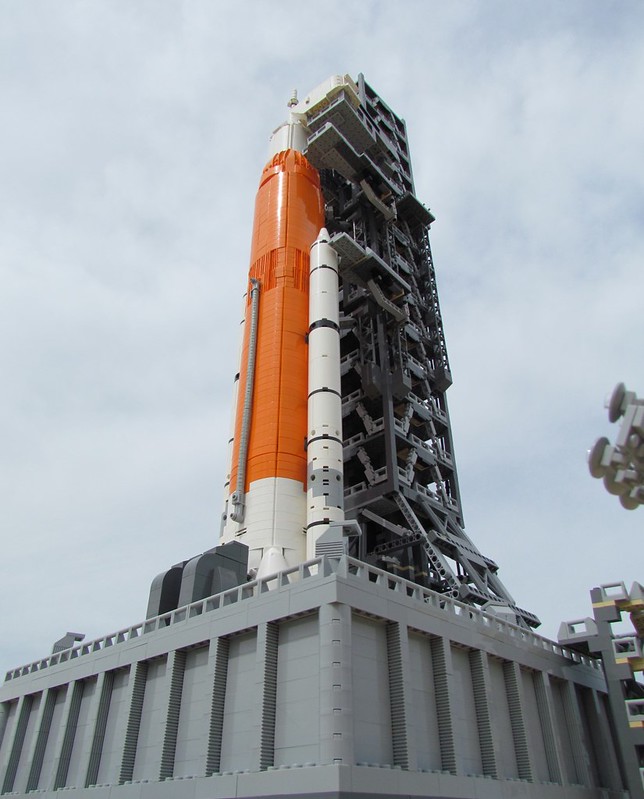